The second float in the new parade is a tribute to the movie Tangled and features Rapunzel and Flynn Rider as well as the guy who dreamed of becoming a mime.  People in the crowd loved the giant mime guy and it was a total surprise to many.

“I am a mime, and I am stuck in your computer screen!” 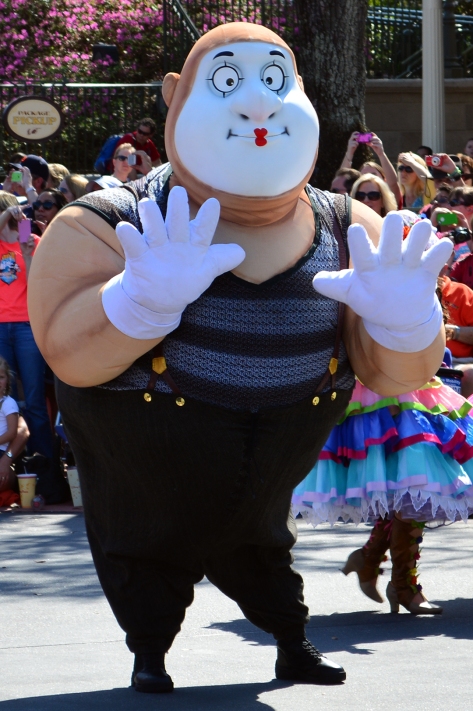 END_OF_DOCUMENT_TOKEN_TO_BE_REPLACED

Princess Fairytale Hall is the new location for 4 of Disney’s most popular Princesses. You’re guaranteed to meet either Cinderella in one queue line with a visiting Princess or Rapunzel in another queue line with a guest Princess. You’ll find that almost all the time it will be Cinderella with Aurora/Sleeping Beauty and Rapunzel with Snow White.  “Legacy” or paper Fastpass (we’ll get there) and Fastpass+ are available to meet each Princesss group.

Location:  Former Snow White’s Scary Adventures building right behind the Castle on your right as you pass through the Castle

Should I use FASTPASS?  I recommend waiting in one standard queue to experience the large artwork and Cinderella’s slipper and use some type for Fastpass for the other.  I would go there at rope drop one day or during fireworks to experience the regular stand by queue.

Who has the longest wait?:  Ususally Rapunzel, but in the early morning everyone heads to Rapunzel, then switches queues to Cinderella.  (We used Legacy FP for Cinderella and found that to be a better solution.

How’s the lighting?  It’s really beautiful and regal inside the new meet and greet area.  It’s much better than the old flat backdrops, but the lighting is difficult on inexpensive cameras.  I recommend using a fill flash if you don’t get a good photo.  Don’t leave without inspecting your photo!  All these photos were taken with a pocket Sony RX 100, which is a high-end hand-held camera.

END_OF_DOCUMENT_TOKEN_TO_BE_REPLACED

Disneyland’s Fantasy Faire was built upon an area known as the Carnation Plaza Gardens.  For years it featured evening swing dancing, but not a great deal more.  It was demolished to bring this grand, new meet and greet area for Disney Princesses.  It maintains the same gothic styling as Fantasyland behind the castle, but has a more open village feeling.  It will be located to the left of Sleeping Beauty Castle.

There are two main areas of Fantasy Faire:  Royal Hall and Royal Theater.   Royal Hall will be the primary meet and greet location for Disney Princesses which features a couple of nice interactive elements in “Clopin’s Music Box” and Gepetto’s cat Figaro napping upon a window sill.  “Clopin’s Music Box” is a mechanical wonder that displays the Feast of Fools scene from “The Hunchback of Notre Dame.”

The Royal Theater is the primary location of Princess storytelling.  There will be two different shows presented featuring Belle and Rapunzel.  They story will be presented by Mr. Jones and Mr. Smythe who are Renaissance style storytellers who desire to bring these stories to life.  They will be joined by Belle and Rapunzel who will meet and greet at the conclusion of the story.

On Tuesday, January 22 Rapunzel was out visiting guests at the Epcot International Gateway, which is where boats enter from the Epcot area resorts.  I thought the photos turned out pretty well, so I figured I’d share them with you.  Click photos for larger views.   END_OF_DOCUMENT_TOKEN_TO_BE_REPLACED

Rapunzel only meets at Town Square Theater in the Magic Kingdom. She occasionally makes random appearances at Epcot.

Rapunzel moved from Tour Guide Gardens location next to City Hall into Town Square Theater allowing guests to use Fastpass to see her with Belle and Cinderella.

I mentioned that this in this article on June 3rd: http://kennythepirate.com/2012/06/03/rapunzel-to-receive-fastpass/

She is only in Town Square Theater from 9:00 am-4:00 pm and then she stops meeting for the evening. Aurora moves into Rapunzel’s former location next to City Hall until late afternoon, when she will return to Town Square Theater OR the TST third spot could be filled with any other princess on any given day.

What does this mean? If you plan to use Fastpass to see Rapunzel, you’ll need to do so earlier in the day. Disney isn’t advertising this switch and with much more limited hours it will lead to a great deal of confusion and frustration for guests. If Rapunzel is important to your plan, just go to Town Square Theater at park opening or grab early Fastpass.

I will update the schedule tonight.

Betty Boop meets in the Hollywood area of Universal Studios Florida and in the Toon Lagoon area of Islands of Adventure.

According to a reliable source,  Rapunzel will not be moving to Adventureland Verandah.  Instead she will move to Town Square Tour Guide Gardens on April 15 next to City Hall and Flynn will NOT be meeting with her.

Both Rapunzel and Flynn will join the 3:00 parade.

UPDATE:  Merida is definitley going to be meeting in the Magic Kingdom, not Hollywood Studios as rumored, begining in Mid-May  More rumor wrangling for you on this beautiful 70 degree February day!

Merida – Merida will supposedly meet in Hollyood Studios.  She will be Pixar’s first face character and has already had several girls for test fittings.  She is said to begin meeting in the old Narnia area beginning in May.  Her three triplet brothers Harris, Hubert, and Hamish are said to appear in puppet form to entertain guests as they wait to meet Merida. Some reports have them meeting with Merida, but queue enterainment seems more likely.   They will be using puppeteers from Voyage of the Little Mermaid and Disney Jr. to accomodate this Meet.

Tangled – The former Skyway station location in Fantasyland is being remade into not only new restrooms, but also a new Tangled themed area.   Belle will move into Beast’s castle for Storytime with Belle and meet and greet and Ariel will relocate to her new area near in the new ride.  That leaves Aurora, Cinderella and Snow White to move into the new Fairytale Hall Princess meet area to be built in the current Snow White’s Scary Adventures area that will be removed soon.  That would also open additional indoor space in Town Square theater and the Adventureland Verandah would be open for another character or left empty.

Fairies – For the second year in a row, the Fairies will have an area avaiable for meet and greets during the Flower & Garden Festival at Epcot.  The festival will take place from March 7 to May 20th.  Their meet area is said to be nearer to Test Track this year.

Sorcerers of the Magic Kingdom – The new interactive experience that takes place all over the Magic Kingdom has now gone live daily for extended testing.  There are 20 different villains that one will be able to defeat using spell cards.  Each area will offer 5 different villains and 3 skill levels.  When you sign up at the old Firehouse in Town Square, you’ll be given one key card and 5 spell cards.  There are 70 spell cards in all to collect and use.  Combining more than one spell will create a special and unique spell.  Sorcerers is said to contain over 95 minutes of new animated sequences featuring many rare characters like Mr. Toad.  The new game will officially offer full operation beginning February 21.  This game is sure to be a hit with older kids and tweens!

Winnie the Pooh & Tigger have now officially moved back into the Toy Shoppe in the the UK Pavillion in Epcot.  I’m updating their schedule later today! 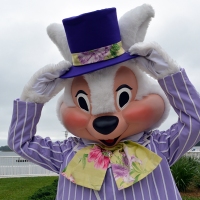 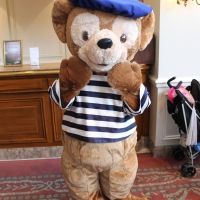 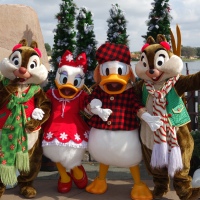 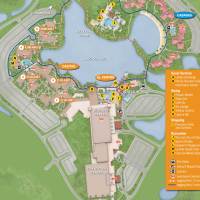 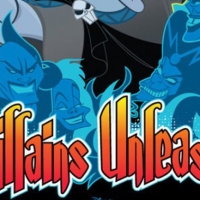