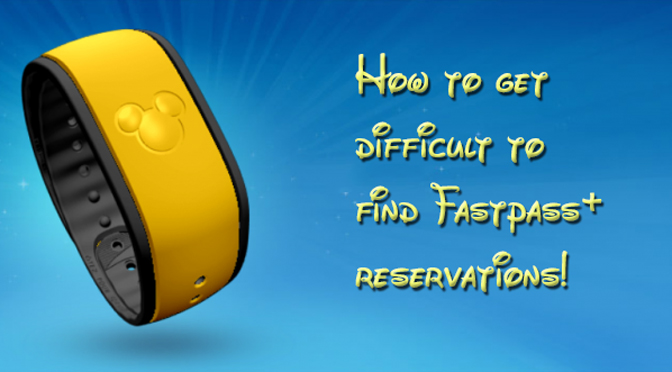 NOTE:  EVERY person that plans to enter the line must have a pre-reserved Fastpass+, even if they don’t plan to take part in the photo opportunity. 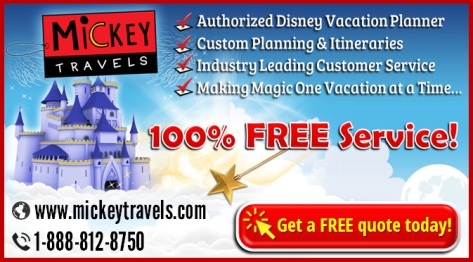 Kelly wrote me to ask why she couldn’t find Fastpass+ (FP+) reservations for her group of 5 to meet Anna and Elsa in May even though she is within her 60 day window for guests staying at a Disney resort.  I recommended using a strategy that I used yesterday afternoon at Hollywood Studios to get Rock n Roller Coaster, Tower of Terror and Star Tours in the afternoon when Rock n Roller Coaster didn’t have group availability.

Here’s what you can do:

Book reservations for ONE person, then either COPY those reservations to one or more at a time or continue to book them ONE PERSON AT A TIME until you get them all regardless of the return time.  You could then play with the times a bit.  It’s easier to adjust the times on a computer than it is a phone though.  You might need to move a person’s return time up or down a bit to find a range that a group could use for entry.

I recommended the Copy or Single book strategy to Kelly who was able to find the following reservations to meet Anna and Elsa on her desired date.

With that stated, you are allowed to enter 5 minutes early and usually are allowed to enter up to 10 minutes late at each FP+ reservation.  So, the theoretical range for this group is 3:20-4:05pm, but I wouldn’t guarantee the late arrival time, as it is subject to the Cast Member allowing entry.

It’s a lot of work to find those little crumbs some times, but it’s worth it if your family REALLY wants to do an attraction that isn’t showing availability.

The resort rollout that disallows paper Fastpass usage for onsite guests is continuing this week with the All Star Resorts.  Disney’s Pop Century was the first not to allow resort guests to use the Key to the World to retrieve paper Fastpasses from the machines within the parks.  It is now being followed by ALL THREE All Star Resorts.  If you check in on the dates below or after, you will receive a MagicBand only.  If you request a Key to the World, it will have the magnetic stripe on the back deactivated, so you will be unable to use it in any paper Fastpass machine.

Why am I only getting a MagicBand and not a Key to the World card?
As part of our test-and-adjust process with MyMagic+, we are conducting a test where Guests staying at Disney’s Pop Century Resort will be issued only a MagicBand for use throughout their stay.

If I am issued a Key to the World card can I still get FASTPASS tickets when I’m in the park in addition to the FastPass+ selections I make on My Disney Experience?
No. Because the mag stripes are not active on Key to the World cards issued to Guests participating in this test., they will not work in FASTPASS machines. By staying at a Walt Disney World Resort hotel, you have the benefit of reserving
access to some of your favorite attractions ahead of time with Disney FastPass+ service.

UPDATE:  December 13, 2013  I’ve been told by a number of people that Disney has patched this issue, bu the patch just created a new issue where the app is MUCH less responsive and often locks up when someone is trying to make a change to their choices.

UPDATE:  December 9, 2013  Two different iPhone users are reporting that Disney has finally fixed this issue on iPhone.  I’ll report soon on the status of Android phones.

I’ve debated for several weeks whether or not I should post this information.  I’ve successfully used these tips on many days in the park to test it out and make sure it works every time.  It doesn’t really benefit me personally because I’m local and can ride these attractions any time I want.

A little background first.  My brother and I have designed a few apps over the last couple of years.  They started out pretty rudimentary and have gotten better as we’ve gone along.  I won’t use this post to advertise them with links, so I’m not seen as a barker.  My role has always been to design the app and create and maintain the data while my brother does all the nerdy, techie stuff that makes it work.  After we get it completed we take the apps through Alpha and Beta testing.  I’m usually the Alpha tester.  It’s my job to see if I can break the app and make sure it functions like we designed it to do.  I usually find hundreds of issues early on before sending it to willing Beta testers to see what they find.

Disney has poured a LOT of money into it’s new MyMagic+ and Fastpass+ systems (I can’t wait until the stupid + is done.  It requires too many Shift key entries).  It’s been estimated that they have spent a BILLION dollars on all kinds of improvements whether internal or on the user end.  They have been Beta testing FP+ for months in different phases and bringing different resorts online slowly, then tweaking the options available such as the tiered system now in use at Epcot and FP+ only stays at Disney World hotels.  Their Beta testers are often off duty Cast Members.

I joined the FP+ system long after others in bloggerdom and wanted to see what it was really capable of, not just use it as it’s prescribed.  Disney wants it to only allow 3 Fastpass+ per day per person and they are even restricting that further with silly “Tiers” that guests have to choose ONE really good ride and TWO not so good ones.  So, I designated myself as Disney’s unofficial and unpaid Gamma tester (Alpha, Beta, Gamma..).  After learning how to join the system with a room only stay (not Pop Century at the time of the article) and learning to use the FP+ that was available, I wanted to begin testing to see what it COULD do.  I wanted to see if I could crack it, break it, spill chili dog on it etc…  So that leads me to this post.

I visited Epcot, Animal Kingdom and Hollywood Studios and was able to use the FP+ for 6 or more attractions in one day each time and decided it was time to test the biggest beast.  No, not Be Our Guest Dinner Reservations, I decided to take on the Magic Kingdom and its 20 or more Fastpass+ options and see how many times I could use ONE Magic Band, ONE account and ONE phone to use FP+ much more than the 3 prescribed  times in ONE DAY.  Who needs Paper Fastpasses when one person can do everything in ONE DAY with Fastpass+?

END_OF_DOCUMENT_TOKEN_TO_BE_REPLACED

Beginning today, November 17, MagicBands will be used to provide proof that a guest is staying at a Walt Disney World Hotel and has morning Extra Magic Hours eligibility for that day, if choosing to attend a morning Extra Magic Hour session at a given park.  Walt Disney World Cast Members will scan the Magic Band (or rfid enabled Key to the World) before allowing guests to the Mickey Touch Points.

If you are stating at the Hilton Downtown Disney, Shades of Green or the Swan and Dolphin, you will be allowed access with a valid hotel room key.

What do you think about this change? 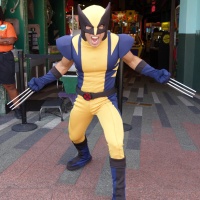 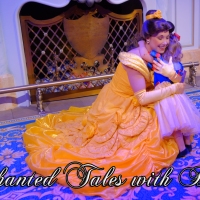