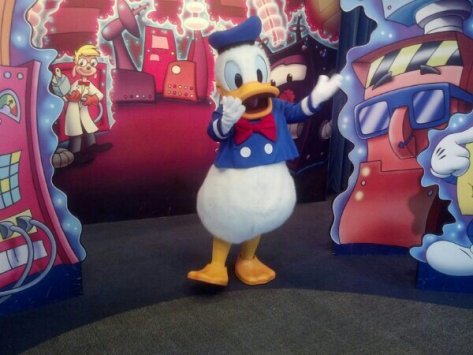 Effective tomorrow morning, as a result of the closing of the current Character Spot for refurbishment, Sailor Donald will no longer offer regular Walt Disney World meets.  He does appear as a sailor often in training locations around Epcot, but will not offer regular meets in his sailor suit.  He will continue to meet in Mexico in his Caballero costume on a daily basis.

Goofy will relocate to the position that used to host Stitch next to Daisy on the right of the Lagacy Plaza just before Spaceship Earth. 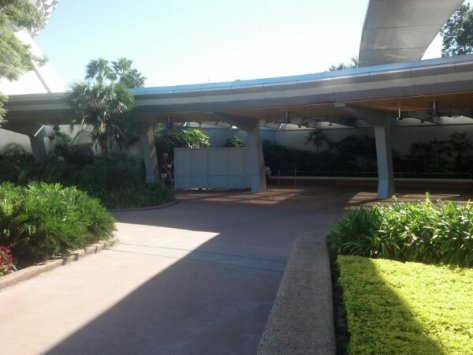 Mickey, Minnie and Pluto will move onto the new, temporary Epcot Character Spot.  The new location is just beyond the Fountain View ice cream shop and just before Club Cool.

After entering the doors above, you’ll walk down a hallway where the restrooms are located and make a quick left.  The new room is immediately on the left. 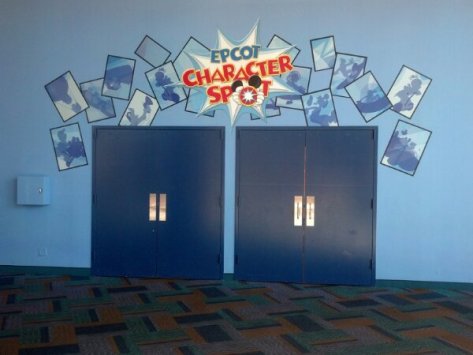 The room was closed to the public, but I was given an opportunity to enter the room.  For a temporary location, it looks quite nice with an Epcot style backdrop and there’s some short railings and greenery that will remind one of Epcot itself.   There’s a monorail, spaceship earth, Imaginations pavilion etc in the backdrop.  This photo was taken on the grand opening day.

The manager I spoke with told me that one can enter from any of the 4 entrances, but the preferred one is listed here.  The only entrance that isn’t being used is the old entrance.

When the Character Spot returns from refurb, it will only offer Mickey, Minnie and Pluto.  It is said to offer Fastpass+ at that time too.
Evidently Stitch will no longer be offering scheduled meets at Epcot.  He wasn’t out today when I stopped to meet Daisy.  I asked the attendant where Stitch is located and she said, “Magic Kingdom.”  (He’s still at Hollywood Studios at the hat too).  Other character schedules around Epcot should remain the same for the time being and Aurora is now meeting in gazebo on the far right hand side of France.
Happy character finding! 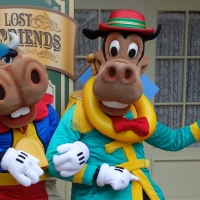 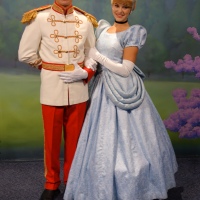