We set out to meet the characters from Despicable Me that appear in the Superstar Parade each day.  We read on the map that they appear in the “Character Party Zone” at two specific times that I now list on the Universal Character Schedules page.  We arrived a few minutes late for the first meet and greet because: 1. We didn’t know it would be in front of Terminator 2: 3D and 2. It took 30 minutes to use Express Pass for Despicable Me Minion Mayhem.  We had just enough time to meet Margo and snap a couple of candid photos before the float moved on. 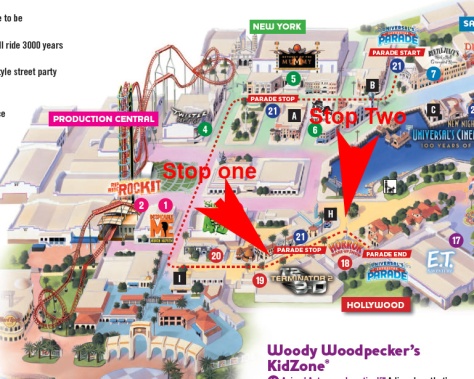 The Team Members confirmed that the second set would be in front of Mel’s Diner, so we planned to arrive a little early.

We returned a few minutes early and observed the float arriving.  Vector comes out first, then the giant float comes out and turns around.  The characters dance along to “Boogie Fever” before coming down to street level. 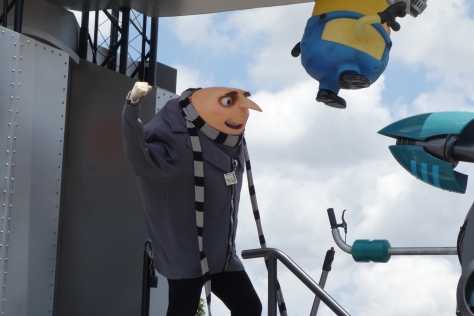 Here’s a short video of the characters performing “Boogie Fever”

We had noticed a long line to meet Gru at the first set.  He was located in front of the float, so I figured he’d be in the same location.  We moved into the line as soon as the Team Members told us it was clear, but were pushed back in the line by all the moms with little kids.  I had my kids hold our spot for Gru while I quickly met with Edith and Agnes.  The line forms and closes QUICKLY for Gru and pretty quickly for Vector, but the girls had short lines.  Gru’s assistant told everyone “One photo per family please.”

I quickly met Edith.  The human Minions are a lot of fun to pose with.  They make crazy faces and poses.  There really isn’t ANY time for interaction with the characters but you can make a crazy picture.

After meeting Edith I quickly rushed to meet Agnes.

We finished off our meets by being last in line to meet Vector.

I would say it’s best to plan to meet the characters at BOTH sets.  Get in line for Gru first, then meet some of the girls.  You may have to wait until the second set to meet Vector and any girl you missed.  I was told that Gru often appears at 2:00 in front of Minion Mayhem and sometimes Vector appears as well.  I didn’t confirm this information though.  The characters appear quickly, do a song, then meet guests for 10-15 minutes and disappear again.

You’ll find the actual Minions at the little dance party room at the end of the Despicable Me:  Minion Mayhem attraction.  One or more will appear for about 4-5 minutes after each show, BUT not during the Early Entry Hour or during the first or last hour of park operation. 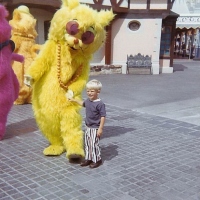 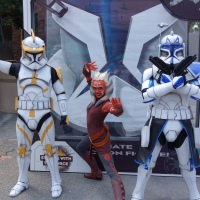 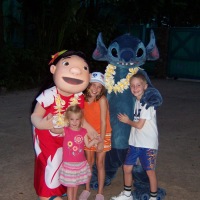